Prof. Moshe Hod is Professor of Obstetrics and Gynecology at the Sackler Faculty of Medicine, Tel-Aviv University, Israel and serves as a Chief Consultant in Perinatal Medicine to Clalit Health Services (HMO) and as the Director of Mor Women’s Health Center, Tel Aviv.

Prof. Moshe Hod is past President of the European Association of Perinatal Medicine (EAPM).

The group produced FIGO’s official document – “A pragmatic guide for diagnosis, management, and care of Gestational Diabetes Mellitus”, published as a special issue of the IJGO, October, 2015.

Prof. Hod is also a member of the FIGO Best Practice in Obstetrics and Gynecology as well as of the Capacity Building, Education and Training (CBET) Committees.

Prof. Moshe Hod was trained in Obstetrics and Gynecology in Israel and later in Perinatal Medicine in the leading medical institutions: Hammersmith Hospital, the Royal Postgraduate Medical School, London, UK, Northwestern University Medical School in Chicago, and the University of Texas in San-Antonio, Texas, USA.

He serves as a member of the Executive Board of Directors, the International Association of Diabetes in Pregnancy Study Groups (IADPSG).

Prof. Moshe Hod was the Chairman of the Board of the Diabetic Pregnancy Study Group (DPSG) of the European Association for the Study of Diabetes (EASD) and as a member of the postgraduate educational committee of the EASD.

He is a member of the Steering Committee and Regional Director of the Hyperglycemia and Adverse Pregnancy Outcome (HAPO), a National Institutes of Health (NIH) funded study.

The author of more than 300 scientific publications with an RG score of 44.56, Prof. Hod is the lead editor of the Textbook of Diabetes and Pregnancy, Publishers: Informa Healthcare, London, UK.

The 3rd edition of the Textbook of Diabetes and Pregnancy, was published in April 2016. 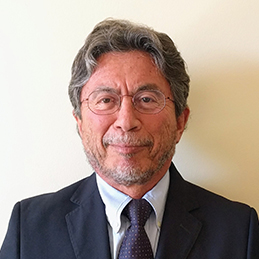